Celebrating Associates Who Paved the Way for Diversity & Inclusion

It was a turbulent year, when grief from the assassination of the Rev. Martin Luther King Jr. sparked race riots across the U.S. On one long Louisville night that killed two teens and brought Kentucky National Guard troops to march in the streets, Carter helped protect his Kroger. 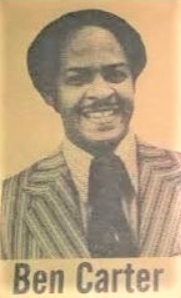 “We stood vigil over our store,” Carter, now 76, recalled of protests that resulted in smashed display windows and looting at neighboring stores. Inside the Kroger on West Jefferson at 22nd Street, Carter said he “stayed up all night long sitting on the check lanes at the front. There were things to do. We worked the stock.”

Just a few years before, Kroger had integrated its first store in Texas in 1960, joining chains like F.W. Woolworth and Walgreens to champion equality in southern states. Meanwhile, progressive retailers faced backlash. In Atlanta, a group of ministers, businessmen and housewives formed “Georgians Unwilling to Surrender,” boycotting retailers like Kroger taking steps toward integration. While public debate raged, Kroger found ways to honor the march toward progress. When President John F. Kennedy was assassinated, all Kroger stores in the Louisville Division advertised they would be closed from noon to 1 p.m. to observe the national day of mourning on November 25, 1963.

When Kennedy was killed, Carter was still a young college student in his family’s native North Carolina. Prejudice was a daily experience, whether he was being refused service at McDonald’s or talking to friends who participated in sit-in protests to help force the peaceful integration of Kresge lunch counters. By 1967, Carter had achieved a Bachelor of Arts in Education from Kentucky State University, when a Kroger recruiter instantly pursued him. Carter soon rose to become store manager at three locations. The last was the division’s first “Super Store,” also known as Kroger #224 on Brownsboro Road.

Even as the retail industry was the civil rights battleground of the 1960s, the young 26-year-old store manager was seizing extraordinary opportunities to advance within Kroger.

The company was a place where you could grow and develop, innovate and deliver results, he said. Back then, store managers could source from their own suppliers to serve neighborhood tastes. Carter is still proud that he found a frozen frog leg vendor for his west end customers, a “manager’s special,” that he said grew loyalty and sales for that Jefferson Street store.

“For the most part, I made maximum bonus as a store manager,” Carter said. “I had a couple of cases in the meat department where I promoted my own items. The customers loved it.”

“He managed and lived by the conviction that associates had two concerns about their leaders,” Quinkert said of Carter’s four decades at Kroger. ‘Do you care about me as a person?’ and ‘Can I trust you?’”

Carter “applied these two questions in all his roles and had a very successful 40-year career with the company,” Quinkert added.

Now retired and living in Indianapolis, Carter is a father of three children and has seven grandchildren. He is proud to have made a difference at Kroger, from store manager into human resources and collective bargaining to negotiate labor agreements with Kroger associates from all walks of life.

“It has not always been an easy road,” Carter said. “I was blessed to work with people and mentors who felt the same way I did about Kroger moving forward. I have always been a champion for fair treatment and people responded to that positively.”

When History Said They Can’t …They Said...

When History Said They Can’t …They Said...